The USDA report collapse of corn prices by 7% 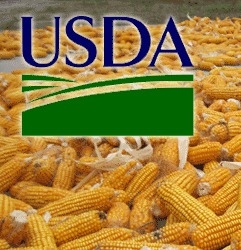 amid the uncertainty with the harvest of corn in the United States for late sowing, traders were looking forward to the report USDA with the final data on sown area. However, new balance, the data which are contrary to the leading analytical agencies, shocked the market and collapsed the price of corn by 7%.

In August and September last year, the experts USDA increased forecast corn production at 9 and 6 million tons to 376 million tonnes, although analysts estimated it at 365-368 million tons, but in the end it totaled 366 million tons.

According to the median estimate of analytical agencies the corn production in the U.S. of 335,7 million tons, the yield of 164.7 bushels/acre, the area to harvest – 80.2 million acres.

Add a comment to news item: The USDA report collapse of corn prices by 7%

Add a comment to news item:
The USDA report collapse of corn prices by 7%