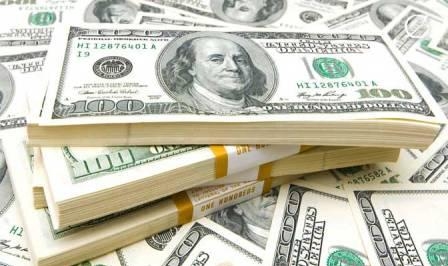 Last Wednesday 2016 will be very active on the Interbank market, both the number of operations and their volume, as this is actually the last working day on the currency market.

we expect a significant amount of currency for compulsory sale, credited immediately for two days, since Monday, Western banks did not work because of Christmas. Its sales are expected to strengthen the hryvnia. On the other hand importers, including buyers of energy, have to close their contracts and make advance payment for the next six months, until the Christmas holidays, which will increase the demand for the currency.

Customers who have received a VAT refund at the end of the year, will be calculated using the local currency. Large agricultural holdings and trading companies will sell the currency to repay the national currency liabilities. Some customers will buy dollars for the payment of dividends for 2014 and 2015, and for settlement of foreign trade transactions.

Limited time for small businesses in conjunction with the contradictions of the major players will lead to a significant situational imbalances between supply and demand on the Interbank market. It is possible that it will take advantage of the speculators and try to "shake" the market. Probably Wednesday trends on the Interbank market to repeatedly change direction depending on the behavior of large players.

the national Bank will monitor the situation and will buy the excess currency or sell it, as pent-up demand may cause growth of quotations in early 2017 and uncovered some customers of foreign liabilities of the current year.

While the nature of the market says in favor of further growth of the dollar.

it is Expected that the volume of transactions on the Interbank market will reach $ 450 million.

Among respondents, 68% believe that the currency will continue to rise.

Add a comment to news item: At the end of the year the dollar on the Interbank market is growing rapidly

Add a comment to news item:
At the end of the year the dollar on the Interbank market is growing rapidly