India in 2020 will gather a record harvest of wheat 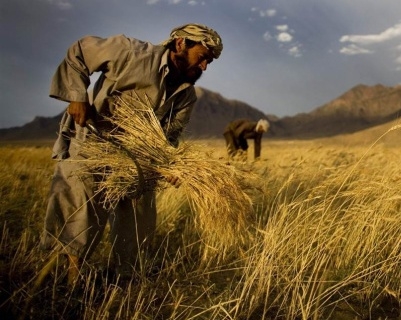 In 2020, India is the second season in a row will harvest a record wheat crop as wet for 25 years, the monsoon will help the farmers to expand acreage and increase productivity.

amid substantial reserves it will force the government, which is the second largest producer of wheat, to increase the purchase of grain from farmers to boost exports, to support domestic prices.

In 2019 India gathered 102,19 million tons of wheat. A year is harvested one crop of wheat sowing which begins in October and harvesting in March.

Monsoon rains from June to September was 10% more powerful than usual and lasted until November, so the soil has received sufficient moisture reserves.

the water Level in major reservoirs increased to 86% of their capacity compared to 61% a year ago and 64% on average for 10 years.

the Farmers increase the acreage of wheat, because the state procurement prices stable than other crops.

two dozen crops for which the government sets minimum support prices (MSP), the state Agency buy mainly rice and wheat. In 2020 the purchase price of local wheat of the new harvest will grow by 4.6% to RS 19250/t or 268,22 $/t, making it even more attractive for farmers.

Experts predict problems with the export of wheat from India in the next year because of the new price level MSP its price on the basis of FOB will be 300 $/t, while the country's competitors offer wheat at $250/ton and below.

the Country will not be able to export even 1 million tonnes collected 100 million tons of wheat in the absence of government subsidies for export. In 2018/19 MG the country exported 226,225 thousand MT of wheat, compared with a record 6.5 million tons in 2012/13 my.

Public wheat stocks as of 1 November totaled a record 37.4 million tonnes, which is 13% higher than last year.

Add a comment to news item: India in 2020 will gather a record harvest of wheat

Add a comment to news item:
India in 2020 will gather a record harvest of wheat