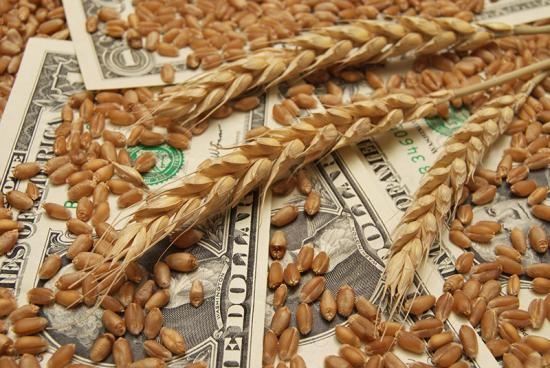 the Theme of the weather in the major producing countries of wheat remains a major in the trade of wheat, although traders are somehow not paying attention to the world balance of wheat. Forecasts of precipitation in Russia and the United States has not yet provided a calming effect on the markets.

Drought in some agricultural regions of Russia, Ukraine and the United States was at the center of trading on Thursday. No longer a secret and drought in Argentina. But the most recent forecast of the Argentine wheat crop from grain exchange Rosario became the trigger for the rally in all three wheat exchanges of the Us.

experts of the grain exchange Rosario has lowered the forecast of wheat production in Argentina this time by 1 million tons to 17 million tons because of continue drought conditions, to which were added, and freeze.

the December soft wheat in Chicago rose to the highest level since December 29, 2014

December quotes of the American wheat have risen:

Wheat area of Paris and Chicago, reacting to another decline due to drought and frost forecast Argentine wheat crop, harvesting of which will begin in November. The market fears that the Argentine scenario can be realized in 2021г. in Russia, Ukraine and the United States.

the bid Prices for Russian wheat will remain at the level of$250/MT FOB, while the bid price reaches 245$/MT FOB amid the necessity of closing of contracts for a nearby delivery.

Demand continues to slow as Asian buyers switch to buying Australian wheat to be delivered in December and is now cheaper black sea.

Ethiopia is conducting a tender for the purchase of 400 thousand tons of wheat, which could be an additional factor supporting European prices, which are now more competitive compared to black sea wheat.

Add a comment to news item: The decline in forecast production in Argentina takes the wheat prices up again

Add a comment to news item:
The decline in forecast production in Argentina takes the wheat prices up again