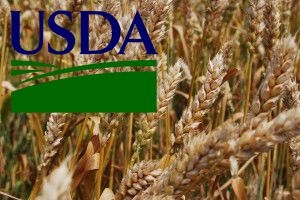 the USDA published a revised forecast of the global balance of supply and demand of wheat for the current season. It has a bearish character through increase in estimates of reserves and production.

World gross yield will increase by 0.28 million tonnes to 744,72 million tons and will be a record, because 1% will exceed last year's figure.

Evaluation ending inventory grew by 0.86 million tonnes to the historical 249,23 million tonnes, although market players expected that it will decrease by 0.5 million tons Ending stocks for the United States regarding October has not changed and amount to 1,143 billion bushels, which is 17% higher than last season and meets the expectations of the experts.

Add a comment to news item: USDA contrary to expectations of experts increased the estimate of world wheat stocks

Add a comment to news item:
USDA contrary to expectations of experts increased the estimate of world wheat stocks