Breeders warn about the threat of complications of epidemic situation 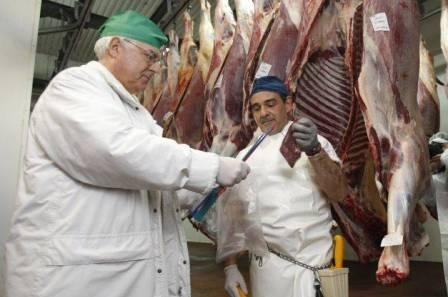 Insufficient funding of the state service for issues of food safety and consumer protection threatens the national security of the country. This opinion was expressed by domestic farmers in a letter to the Prime Minister. Groysman.

Ukraine is now determined 35 infectious and parasitic animal diseases, prevention and treatment which should be carried out for budget funds. In recent years significantly increased the number of cases of African swine fever, the occurrence of foot and mouth disease, rabies, leptospirosis and other infections. In neighbouring countries the epidemiological situation is also deteriorating.

the Experts considered that for the mandatory protivoavarijnoj events in 2017 need 337,5 mln, accounting for only 11% of total revenues from the sale of livestock products. This figure is considerably less for the possible losses experienced by the industry. However, the budget allocated only 50.44 million UAH, which is 14.9% of actual requirements.

the letter notes that the potential loss is almost 10 times higher than the cost of stabilization of the epizootic situation. Underestimation of the risks will affect not only industrial companies but also private households, whose residents will lose the cattle, and with it a livelihood. The possible fall of production of main types of meat will lead to direct losses of the budget of 2,8 billion UAH. In addition, the need to curtail exports of livestock products, which in 2015 brought to the country 341 million $, and for three quarters of 2016 188 million $. This will increase meat imports and worsen the trade balance.

because of the risk of infection Achs this year has suspended pork imports from some regions of Ukraine, Romania and some CIS countries. Complicated epizootic situation can affect the crop. Thus, in 2015, Belarus banned import of grain from regions where reigned ASF, and in 2016, there are difficulties with the export of meal.

In the address refers to the need to finalize the budget for 2017.

Add a comment to news item: Breeders warn about the threat of complications of epidemic situation

Add a comment to news item:
Breeders warn about the threat of complications of epidemic situation