Trends in the global soybean market 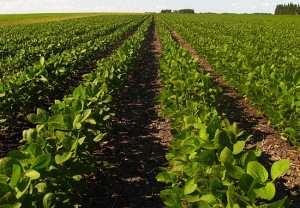 last week, the growth of world soybean market was 11.4 USD, this week it reached a figure of 12.5 USD, further accelerating growth.

After a long and insignificant development in the period from September 2015 the soybean market finally began a steady growth and has already reached the level of June 2015.

the Main driving force for such dynamics of quotations that more and more accelerated, there are forecasts of Argentine soybean harvest, which most market analysts revising downward. If early season predictions of oversupply of soybeans have fallen quotations and for a long time did not give them the opportunity to grow, and now the news from South America used as an excuse, including speculative, for the sale of existing stocks. US farmers for a long time could not find buyers, so don't miss the opportunity to support the prices and to implement their own products.

in addition to the delay of the harvest associated with heavy rains and lack of sunlight, it is anticipated that the poor quality of the harvested crop. Almost 100 % humidity, observed during the last 20 days, in combination with relatively high temperatures can lead to sprouting and rotting of harvested grain.

support of U.S. soybeans have export prices, which on Tuesday in the U.S. totaled 394 $/t, while in Brazil they amounted to 400 $/ton, while in Argentina 402 $/ton. As of April 21, export sales of soybeans were at their highest in the last three months volume and has made 946,5 thousand tons.

it is likely that in the face of declining soybean crop in Brazil and Argentina, as well as under the influence of information about the poor quality of new crop South American soybeans, the United States will ask the world market to their own terms. It is possible that the structure of sown areas revised in favor of soybeans.

Add a comment to news item: Trends in the global soybean market

Add a comment to news item:
Trends in the global soybean market