Wheat prices are rising because of speculators and fundamental factors 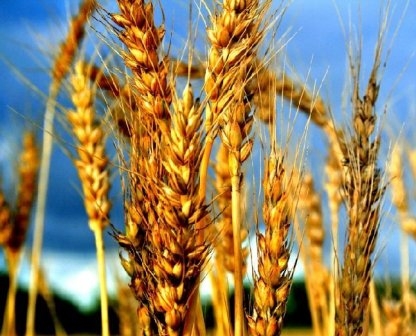 During Friday's short session, when nobody expected the price spikes, the U.S. wheat hits 6-month high amid traders closing short positions. March contracts for SRW increased by 3.6% to its highest June level, and HRW – 2.2% to a July high.

the rains during the sowing period in France and the harvest in Argentina despite the reduction in acreage in the United States became the impetus for the growth of prices for wheat and corn.

the Market was also supported by increased exports of US wheat for the week by 40% to 612,65 thousand Since the beginning of the season export sales totaled 16.42 million tonnes and by 8.97% over the last year. Actual exports of wheat from the United States since the beginning of the season was 12.15 million tons, which is 26.6% more than in the same period of the previous MG.

the decline of wheat yields in France and with the support of the growth of the US exchanges, the December wheat futures on Euronext rose by 2.25 €/t up to the highest July level 185,5 €/t or 204,4 $/t

Quotes supports a low volume of sales of wheat and vironniemi railway strike, scheduled for December 5.

the Pace of sowing winter wheat in France for at least a week behind last year. The number of crops in good or excellent condition for the week decreased from 78% to 75%.

the Physical market, the EU remains nickoetting as farmers are holding back sales in anticipation of more favorable prices.

Russia for a week has increased wheat exports to 631 thousand tons, and from the beginning of the season, sold 18.4 million tons, which is 11% lower than in 2018 on that date.

Ukraine for the week increased wheat exports almost doubled, to 388 thousand tonnes, and since the beginning of the season sold 13.3 million tons, or 45.6% higher than the same period last year.

Add a comment to news item: Wheat prices are rising because of speculators and fundamental factors

Add a comment to news item:
Wheat prices are rising because of speculators and fundamental factors