World sunflower production in the new season will grow by 7% 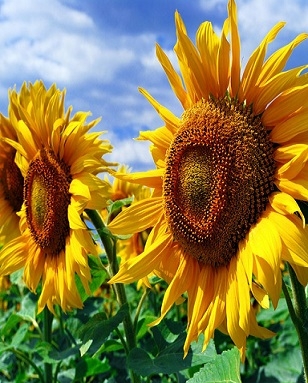 In the January report, the experts, the USDA has again increased compared to the previous balance forecast world production of sunflower to 54,04 million tonnes, which is 7% higher than the level 2018/19 Mr.

the Main reason for adjustments was the Russia, which will increase production by 20% to 15.3 million tonnes in comparison from 10.36 million tonnes in 2017/18 MG. Recently the Ministry of agriculture and Rosstat reported a record harvest of sunflower, which in 2019 have exceeded 15 million tons.

In Ukraine, purchasing prices for sunflower growing due to containment of sales producers on the background of rise in price of sunflower oil. With the reduction in the stocks of refiners are stepping up purchases of sunflower. Returned to the market even those processors who are raw enough to March, inclusive, because of the high prices of sunflower seed oil stimulate sales.

currently prices of sunflower rose to 10500-10600 UAH/t with delivery to the plant and 9700-9900 UAH/t on the French economy. The stabilization of the hryvnia at 24 UAH/$ to stop the rise in prices and an increase in supply in the near future, maybe even somewhat reduce the purchase price.

Add a comment to news item: World sunflower production in the new season will grow by 7%

Add a comment to news item:
World sunflower production in the new season will grow by 7%