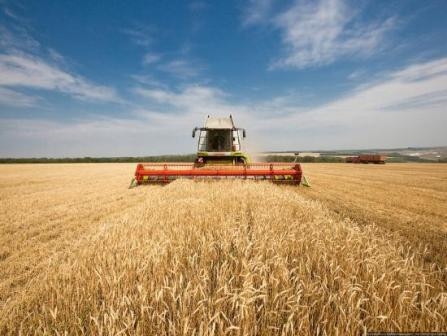 Favorable weather in the US and the EU, as well as dry conditions in the East of Russia remain the main factors that will determine price trends of the markets of corn, soybeans and wheat in the near future.

In the Midwest U.S. rainfall and air temperature 26-30 degrees, promotes the development of soybeans, corn and spring wheat. In the next 7-10 days in the South and East of the Midwest is expected to sufficient rainfall.

Next week in the southern Plains are expected to be moderate or heavy precipitation, and in the Northern plains weekend will be light rainfall, contributing to the maturation of spring wheat.

In the canadian prairies after heavy rainfall, held in early July, warm weather, which contributes to the development of crops of canola and wheat. Forecasted for next week precipitation will reduce the stress to the crops from the intense heat.

In the East of Russia, a drought reduces the potential harvest of spring wheat and sunflower, and weak rains last week, failed to improve the situation. Over the weekend in Eastern areas are expected slight precipitation, which will decrease stress to the crops of corn and sunflowers, and next week here will prevail, dry weather.

In Ukraine at the weekend will come to the front, which will lower the temperature of the air and bring rain to the Western and Central regions. However, next week will return the heat of 28-30 degrees, which will increase stress to crops of corn and sunflowers, especially in the Central regions.

In Europe next week will be a good precipitation, which will contribute to the development of corn, soybean and sunflower.

Dry weather in Brazil enables us to accelerate harvesting of corn and cotton in the Central and Northern regions, whereas in the South the weather conditions contribute to the development of wheat crops.

In the Central regions of Argentina the weekend will be warm weather with little rainfall. Due to drought conditions was reduced acreage of wheat.

After a strong rain in may and June in Australia, the rains began to wane. Next week precipitation is not expected, especially in Eastern Australia, where wheat crops are suffering from moisture deficit.

Add a comment to news item: Weather conditions in the US and the EU contribute to the ripening of late crops

Add a comment to news item:
Weather conditions in the US and the EU contribute to the ripening of late crops