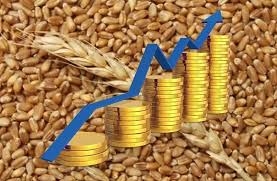 Since Monday, wheat quotes on world stock exchanges have risen sharply on data on the deterioration of winter wheat crops in the United States and concerns about the cancellation of wheat supplies from the Black Sea region in the event of open aggression by Russia.

According to USDA estimates, as of January 24, due to prolonged adverse weather conditions in the United States, the number of winter wheat crops in good or excellent condition decreased compared to the data as of January 3, namely:

Only in Montana, the number of winter wheat crops in good or excellent condition increased from 12% to 14% from January 3 to January 24, but it is significantly lower than last year's 68%.

Lack of precipitation and frosty weather continue to worsen the condition of crops, which raises the price of winter wheat.

According to the FAS USDA, during January 14-20, wheat exports from the United States increased from 384.3 to 400.9 thousand tons compared to the previous week, and in general in the season they reached 13.2 million tons, which is 18% lower than last year's pace.

The weather in the EU contributes to the development of winter crops, but increased political tension between Russia and the West raises concerns about the reduction in wheat supplies from Ukraine and Russia, which led to a sharp jump in prices.

According to the January MARS report, winter crops in most of Europe are in good or satisfactory condition due to higher-than-normal temperatures and sufficient precipitation in December and the first half of January.

Experts note that the area of sowing under winter rapeseed of the 2022 harvest in the EU increased significantly, while under winter cereals remained at the level of 2021/22 MG.

Information pressure on Russia's aggression against Ukraine continues to lower the hryvnia and ruble exchange rates against the dollar, which leads to an increase in domestic purchase prices. In Ukraine, purchase prices for food wheat increased in ports to 9850-10000 UAH/ton, although foreign exchange prices remain at the level of 305-307 $/ton.

Add a comment to news item: The deterioration of winter crops in the United States and the political situation in Russia support wheat prices

Add a comment to news item:
The deterioration of winter crops in the United States and the political situation in Russia support wheat prices