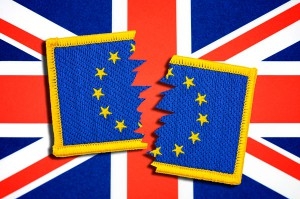 After the announcement of the vote the British pound fell against the dollar to 1,34789, which corresponds to at least 31 years ago.

the Victory of the supporters of Brexit has led to the devaluation of the British currency by 10%.

against the background of rapid depreciation of the European currencies by more than 6% oil prices dropped. Brent dropped to 47,59 $/barrel, losing of 6.52 % of the previous prices. WTI lost 6.6 per cent and prices stood at 46.8 in $/bbl.

World stock markets also collapsed. After the Nikkei, which is a key indicator of the performance of the 225 largest Japanese corporations, has reached a thousand points, trading is stopped.

the Chinese stock exchange Shanghai Composite, the Hang Seng Index and the Shenzhen Composite in Shenzhen have also recorded a fall in the index.

the Drop in prices of grain crops by 2-5%, which was observed yesterday on the leading sites, continues.

Add a comment to news item: The first effects of the withdrawal of Britain from the European Union to the world economy

Add a comment to news item:
The first effects of the withdrawal of Britain from the European Union to the world economy