The demand continues to put pressure on the prices for sunflower 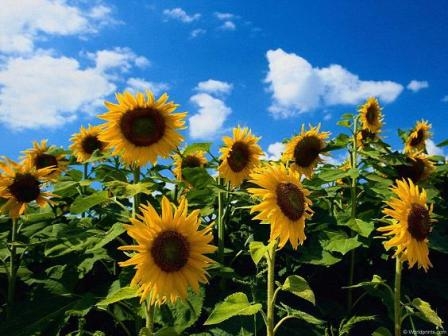 sunflower Prices remain under pressure from low demand and a significant crop, though, and get support from stable prices for sunflower oil due to rising palm oil.

In Ukraine as of October 9, with 5.1 million hectares or 86% of the area harvested 12.1 million tons of sunflower on yield of 2.39 t/ha and 1.2 mln ha, or 74% of the area – 2.8 million tons of soybean on the yield of 2.39 t/ha. This confirms the forecast of sunflower production on the level of 14.5-15 million tonnes since the official data do not include crop, harvested by private individual farms, which this season is soybean, which changed the conditions of export, sowed sunflower. In addition, some manufacturers understate the yield of sunflower seeds to sell the crops for cash.

the Increased supplies lowered prices for sunflower seeds in Ukraine by 8200-9000 UAH/t with delivery to the plant. Processors are overstocked with raw materials, and someone stops the purchase, because it believes that the volume of offers will be great during the season, and in the event of a fall of prices for sunflower oil processing margins will decline.

prices on the supplies of Ukrainian sunflower oil in November and December remain at 680-690 $/t FOB, but India, which is a major customer reduces demand.

Quotes support the growth of prices for palm oil in Malaysia 1 PCT to two-week high 654,1 $/t on higher prices for soybeans in Chicago due to hopes for increased purchasing from China.

In case of successful negotiations between the U.S. and China this week, China can reduce the import of vegetable oils that will put pressure on their prices.

Add a comment to news item: The demand continues to put pressure on the prices for sunflower

Add a comment to news item:
The demand continues to put pressure on the prices for sunflower