The main news of the market of grain on June 6 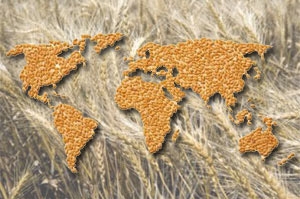 the Volume of wheat exports from EU countries since the beginning of the season has already amounted to 28.8 million tonnes, almost equal to the level of the previous season. Just this week it was exported 633,007 thousand tons of wheat.

a New record in grain exports boasts of Ukraine. In the season 2015/16 my the country exported 36.5 million tonnes of grain, of which 16.5 million – corn and 16 million tonnes of wheat, 4.3 mln tonnes of barley. In the current marketing year, Ukraine's share in the total volume of imported wheat to the EU amounted to 1.6 million tons, or 50 %. Already by 1 June was fully used the quota in 2016 for deliveries to EU countries 950 thousand tons of wheat free of duty.

Russia also set a record in grain export, having shipped more than 32.5 million tons of grain. In total exports a large share of wheat – 23,5 million tons, a much smaller corn and 4.4 million tons and barley – 4.2 million tons. In may, in both countries the volume of exports decreased by 50 % compared to the previous month, indicating a kind of the end of the season with a reduction in residue of corn and the lack of demand from exporters for wheat and barley.

Adverse for crops of corn and soybeans weather conditions prevailing over South America, support American markets. The price for soybeans in the near future the agreements returned to the highest since the summer of 2014 and exceeded the level of 11.5 $/bushel (or 420 $/ton). Soybean new crop is already contracted 30-50 %, although last season the figure was 15/25 %. Contracting corn crop equivalent to last year's level and amounts to 15 %.

At the same time, the price of corn in Chicago reached the highest since October last year the level of 4.20 $/bushel or 165 $/ton. Price supports poor crop in South America and higher prices of ethanol after the increase in the cost of oil and due to the reduction of residual ethanol in the United States.

the price of canola has almost reached the highest level last summer. On Euronext August contracts rose by 4.5 Euro/ton to the level of 430 $/ton.

Add a comment to news item: The main news of the market of grain on June 6

Add a comment to news item:
The main news of the market of grain on June 6