NBU is holding back the dollar's decline 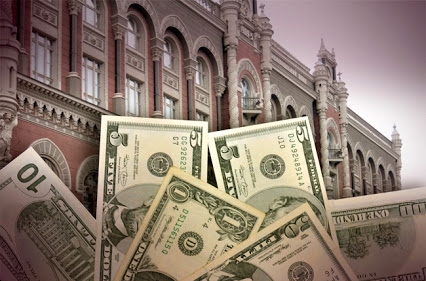 on Wednesday, the hryvnia strengthened again, albeit only slightly. The volume of proposals continues to exceed demand for the currency. The hryvnia could strengthen even more, however, the national Bank supports exporters and actively adds to gold reserves, buying the excess currency. The regulator yesterday held a regular foreign exchange auction, which bought the redundant currency and offsetting the balance of supply and demand, whereby to at least reduce the pressure on the U.S. dollar.

the Main objective of the national Bank now is to reduce exchange rate fluctuations, replenishment of gold reserves and the achievement of the dollar, which will boost exports. Thus, a significant reduction of currency rates is not going to happen, but the trend of gradual strengthening of the hryvnia will continue.

trend of trading on April 27 – the growth of transaction volumes and activity at the auction, the yield of the NBU on the market to purchase 86.6 million dollars at cut-off price is not higher by 25.23 USD, the strengthening of the hryvnia to 25.16/of 25.22.

on Thursday, the situation will not change significantly, the trend in the strengthening of the hryvnia will continue. Given the approaching end of the month, the main factor which will affect the volumes of supply and demand currency, will be the behavior of large players.

it is Expected that supply will exceed demand as a result of the need for exporters to hold the hryvnia payment in the reporting period. This will allow the NBU will continue the tactics of the last three weeks – enter the market with auctions for the purchase of excess currency, replenishment of gold reserves and the gradual strengthening of the hryvnia. Through lower demand for imported goods the interested buyers in the currency will fall.

Add a comment to news item: NBU is holding back the dollar's decline

Add a comment to news item:
NBU is holding back the dollar's decline