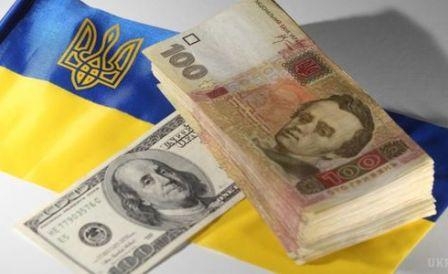 the End of trading on Monday on the interbank market is difficult to assess unambiguously. On the one hand, thanks to the auction of the NBU, the hryvnia was able to partially resist the dollar. With the morning declarative rate of 27.65/to 27.75 UAH/ USD by 11:00, the hryvnia fell to of 27.77/27,90 UAH/$, however after the auction has gradually appreciated to 27.50/27,60 before the auction. On the other hand, for such a minor achievement, the national Bank was forced to sell 38.7 million $ of gold reserves. When the amount of the banks ' bids 52.7 million $ and the cut-off price is not lower UAH 27,70, uncovered $ 14 million, continued pressure on the exchange rate through to the end of trading, the dollar declined only to 27.70/27,80 UAH, and further deals still to 27.55/of 27.65 UAH.

the market behavior indicates the presence of imbalances between demand and supply of the currency and keeping the pressure on the exchange rate, which may soon decrease.

the liquidity of the system in the coming days will fall of the following reasons:

don't forget that on Monday the United States was a day off, so all foreign exchange calculations were carried out in the mode VOLUME (today, the financial crisis, tomorrow – the supply of currency), and it always reduces the activity of market operators.

Thus, the equilibrium on the interbank market remains fragile and fully dependent on further actions of the major players and the NBU, who has to constantly carry out currency interventions, without which the dollar has already amounted to 28 UAH.

the Main events of 16 January on the interbank market:

Add a comment to news item: The most interesting for the hryvnia on the interbank market are still ahead

Add a comment to news item:
The most interesting for the hryvnia on the interbank market are still ahead