Ministry of agriculture proposes to introduce import duties on fertilizers 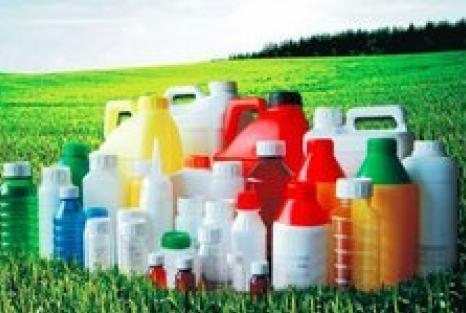 the Ministry of economic development, trade and agriculture to protect domestic producers and balance the market of mineral fertilizers is planning to introduce quotas on the import of fertilizers, however, so as not to create inconvenience to consumers, - said the Deputy Minister of the Ministry of agriculture T. Duck.

Recall that the group of companies Ostchem, owned by Dmytro Firtash, is a leader in the production of mineral fertilizers in Ukraine, supplying the market with 2.6 million annually, so Recently the Antimonopoly Committee of Ukraine reported that can force to divide the assets of the chemical company, Group DF, which includes Ostchem.

the head of the "agro-Food Parliament" Ivan Slobodyanik said that everyone knows who owns the fertilizer market in Ukraine, and why the domestic fertilizer 50% more expensive than Lithuanian. Therefore, the intention of the regulation of import, he called the attempts of the authorities to earn at the expense of farmers.

the Cabinet 15.05.2019 g. banned the importation into Ukraine of certain Russian goods, in particular of mineral fertilizers, agricultural products, vehicles. At the meeting of the Interdepartmental Commission on international trade 21.08.2019 g. discussed issues of protection of domestic producers from the unfair increase in import of fertilizers.

However, the Association "Union of producers, importers and traders of agrochemicals and agricultural technologies" have already said that I think the intentions of the government for 3 years to introduce quotas for import of fertilizers an attempt to put farmers in a dependence on the group of local oligarchs. As support for the production should be to attract investments, changing tax, building infrastructure, providing its own gas production and not forced to buy products only from certain manufacturers. Fertilizer prices are now down following the global market, and not because the oligarchs who will now become a monopoly, and worry about the farmers - according to representatives of the chemical market.

They turned their attention to the reduction of Ukraine in the 1st quarter of 2020 imports of compound fertilizer 18% nitrogen and 55% due to the fact that the company Ostchem got a cheap AZ market methods "were forced out of the market of imported competitors. If domestic fertilizer producers successfully compete with foreign suppliers,why to create an artificial market regulation? In the absence of plans for the modernization of chemical plants and forced purchases of their products, it may happen that in some years profits are taken abroad, and the industry will be in a terrible state.

Add a comment to news item: Ministry of agriculture proposes to introduce import duties on fertilizers

Add a comment to news item:
Ministry of agriculture proposes to introduce import duties on fertilizers