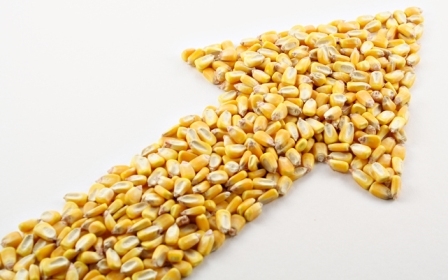 Precipitation with the snow stopped last week gathering corn in the United States, which led to higher prices. After today's report USDA about the harvesting of the crop traders will adjust their trading positions.

prices on Friday, supported by data on export sales and the weekly exports of corn from the United States, as well as the neighboring wheat market.

the Main buyers of American corn in Mexico, Japan and Colombia does not yet activate the purchase, but Mexico got half exported from the U.S. for the week of corn.

Ukraine increases corn exports for the week sold 843 thousand tonnes, and since the beginning of the season, 7.3 million tons, which is 33% higher than under the previous MG.

Somewhat increased the demand for Ukrainian corn from China and Iran, where the demand price a few above. But not all companies are ready to supply grain to Iran, fearing to be under US sanctions. So this year shipments to Iran may increase the traditional supplier – Russia.

For the week, Russia increased its exports of corn by 71% to 149 thousand tonnes, and since the beginning of the season to 1.1 million tonnes, which is 30% higher than the corresponding figure of last MG.

According to the forecasts of the USDA, Russia in the current season will be included in the five largest world exporters of corn, albeit with a large gap from the others. Thus, the United States will supply to foreign markets of 50 million tons of corn, Brazil – 38 million tons, Argentina – 33.5 million tons, Ukraine – 30 million tons, Russia – 5.7 million tons.

Add a comment to news item: Futures on corn grew by 2.5%

Add a comment to news item:
Futures on corn grew by 2.5%