Exchange slow at reacting to the fall in US GDP in the 2nd quarter by 32.9% 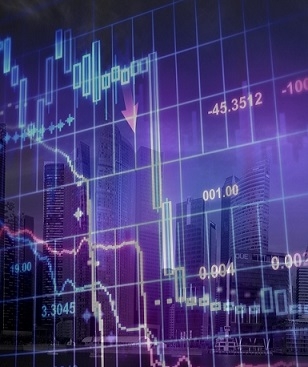 According to the Ministry of Commerce, in the 2nd quarter of 2020, the country's GDP declined by 32.9 per cent, which was the worst figure for this period since 1947, when they began to keep statistics. This has led to a sharp decline in stock indices and oil prices and gold, which by the end of the session returned to the previous level. Recall that in the 1st quarter due to pandemic Covid-19 U.S. GDP fell by 5%.

Quick recovery of prices due to the fact that traders were prepared for the worst scenario, because on the average of the survey The Wall Street Journal, analysts had expected the GDP to 34.6 per cent, while experts Reuters had predicted a drop to 34.1%.

According to experts, in July-September the GDP growth may reach 18%, but it can slow down the sharp increase in the number of patients Covid-19.

Information about the record fall in GDP has led to lower prices for crude oil by 6%, but during the session they rebounded to $40/barrel, having lost for day of 3.2%. Stock indexes were also down 1-2%, but by the end of trading returned to previous levels. The depreciation of the dollar against the Euro by 1.5% to 1,1895 $/€ does not allow traders to hope for a quick recovery of the US economy to dekorativnogo level.

quotations of wheat, corn and soybeans on the US exchanges has not changed, because the tools that traders withdraw from the stock market, they invested in commodity assets, to avoid losses.

Today the markets will remain under pressure from the news about the deteriorating state of the economy in the US, so the price will go down. In addition, the President trump said yesterday that the presidential elections to be held in November, you need to postpone in order to avoid possible falsifications during the voting by mail that they plan to enter through the pandemic coronavirus. The increasing political tensions in the country have a negative impact on the economy, especially given the consideration of the Senate a new package of measures worth 1 trillion $ to stimulate the U.S. economy in terms of distribution Covid-19.

Add a comment to news item: Exchange slow at reacting to the fall in US GDP in the 2nd quarter by 32.9%

Add a comment to news item:
Exchange slow at reacting to the fall in US GDP in the 2nd quarter by 32.9%