Arbitration, the WTO sided with China in trade dispute with U.S. 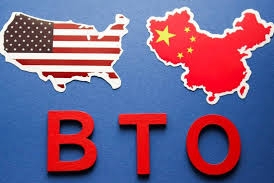 Yesterday, the world trade organization (WTO) ruled that imposed by the US government in 2018 import duties on Chinese goods to sumum more than $ 400 billion violate international trade rules, so the United States should adjust the rates in accordance with its obligations under WTO rules.

Tretise a WTO panel decided that the government-initiated trump's raising of import duties on Chinese goods in 2018 and 2019, contrary to WTO rules and specific articles of the General agreement on tariffs and trade of 1994, the Arbitrators came to the agreement that the United States failed to prove the necessity of these measures.

In response to this decision of the government of the United States, China raised the import duty on American products, primarily soybean, as a result, the volume of purchases of soybeans in the U.S. has declined, and prices fell by 20%.

After signing in the early years of the 1st phase of the trade agreement with the United States, China pledged to increase imports of American agricultural products to $ 50 billion per year, but actually increased their purchases only at the end of the summer, causing prices for soybeans increased by 10-15% and almost reached the level where they were before the start of a trade war between the two countries.

the United States Trade representative Robert Leitheiser on Tuesday said that "although the Commission did not deny his country provided evidence of the theft by China of intellectual property the decision shows that the WTO has no legal remedy against such acts of misconduct".

To appeal the verdict of the WTO, States have 60 days, so made by trump or the new President of the United States decision in two months, I will affect global trade and, in particular, prices for soybeans and corn.

Add a comment to news item: Arbitration, the WTO sided with China in trade dispute with U.S.

Add a comment to news item:
Arbitration, the WTO sided with China in trade dispute with U.S.